The University of Michigan Retirees Association was founded as the University of Michigan Annuitants’ Association in the 1950s. Initially, its members were faculty retirees and certain administrative retirees. Its function over many years was to have a few meetings a year with speakers and refreshments. Later, steps were taken to include more non-faculty retirees and in 1996 membership was extended to all retirees. In the same year, the organization incorporated and took on the present name: University of Michigan Retirees Association. It also sought and received 501(c)(3) status from the IRS, so that it could receive donations. This change also reflected the purposes of the organization: to monitor retiree benefits, to educate retirees on University policies and procedures, and to provide retirees with social opportunities.

About 1988, the organization received a bequest from the estate of Everett Soop, who had been the director of the Extension Service for many years. These funds were used to initiate and carry on monthly social hours at the Michigan League. UMRA also sponsors a well-attended annual Health Day, which hosts speakers on health-related topics of interest to UMRA members.

About 1992, the retirees’ association at Ohio State University proposed that the associations at the Big Ten universities form an umbrella organization, which was to meet annually to share ideas and experiences. This did indeed occur; the organization is now called the “Big Ten Retirees Association. Attempts were made to include all “Big Eleven” universities, and originally all but Northwestern University joined. UMRA hosted the Big Ten Retirees Association’s conference in 1993, 2003 and 2013. Northwestern was not represented until the 2013 meeting. Invitations were also extended to the universities included in the expansion of the Big Ten, and so the University of Nebraska was represented for the first time at the 2012 meeting.

At the meeting of the Association in Urbana in August 1998, it was agreed that the UMRA should serve as the communication center for its operations. Our association has created and updated a directory of the member associations and a survey of their practices.

In the spring of 1998, University President Lee Bollinger responded to a request for greater University support for UMRA by providing an office, some secretarial support, and $3500 annually toward postage as well as meeting rooms, in the UM facility known as Wolverine Tower. UMRA social hours were originally held there since the fall of 1998. As attendance increased, UMRA outgrew this facility, so that social hours are now held at a local conference center. Membership has grown to well over 1000.

In earlier years, the organization issued a one-page newsletter a few times a year. In 1998, this was replaced by a proper newsletter of 4 pages or more (sometimes as many as 10). The newsletter is mailed to all members.

With receipt of the Soop grant, many operating expenses of the organization were covered and, as a result, low membership dues have been possible, rising slowly from $1 for a retiree or a retiree and spouse to the present $15/yr. The University has long paid postage for UMRA mailings. With achievement of 501(c)(3) status, the organization began to seek additional donations, and has received over $5000 a year for the past two years.

A continual topic of discussion has been how the organization can best serve its members. Many informative programs have been held and the newsletter has given valuable information. One idea being explored is using the office in Wolverine Tower as an information bureau for retirees. Other possibilities for enhanced service to University retirees are under active consideration. 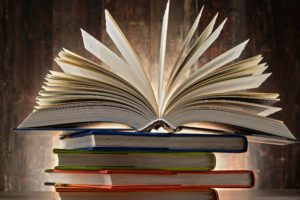